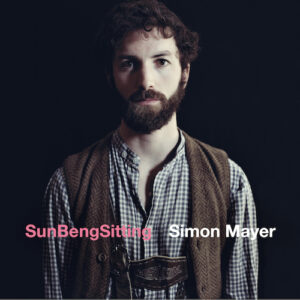 SunBengSitting is a piece straddling yodelling, folk dance and contemporary dance, a trip to the past and a playful, humorous search for identity.

Austrian farm boy and performance artist Simon Mayer invites the audience to get to know his life, his contradictions and his indignation at having to submit to categories and conventions.

Having grown up on a farm facing traditions, nature, youthful rebellion and a bucolic heavy metal band, Simon Mayer moved to Vienna in 1997, attended Vienna’s State Opera’s dance school, spent a season as an aspiring dancer in the corps de ballet and very unexpectedly landed in a world where the word “farmer” could be used as an insult. The move was equal parts deliverance and constraint.

SunBengSitting – “Sunbeng” is a word in the Upper Austrian dialect that means the bench in the sun in front of the farmhouse – deals with questions that emerge between the poles of city and country, homeland and foreign lands, pigeonholing and artistic freedom.

The Schuhplattler is more than just a traditional courtship dance from the Alpine region and should no longer be only reserved for men. So how can we change it? We will learn traditional Schuhplattler, invent new ones and enrich it with related forms such as body percussion, contemporary dance, improvisational elements and ritual practices, without losing the fun and group dynamics of folk dances. But it is not only the Schuhplattler! We experiment with yodeling, Juchatzen, traditional clapping rhythms (Paschen) and whiping! Same here: we will learn the traditional form and combine it with other elements. In the workshop technical, spiritual and ritual aspects as well as healing approaches of these traditions are taught.

No shows in the archive yet.